Fear the cloud, or not, better yet don’t fear…

Fear the cloud, or not, better yet don’t fear… 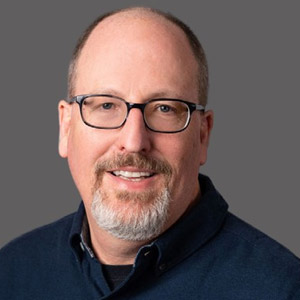 Over the past several years, I have met with several tech companies trying to help organizations “move to the cloud”. A common theme that has come through those discussions is that organizations are still afraid of moving to the cloud for various reasons. For some it is security, for some it is cost, for others it is loss of control. I am sure there are several other reasons with complete logic and backing of ideas for why not to move. I have heard these talking points for many, many years now. I think they all center around fear.

Fear, for a lot of IT professionals is moving to something that they give up control. Giving up control can be a daunting experience for any person on the planet. We build our lives around what we can control and then try to remove all that we can’t control. In this “head space” is where a lot of IT professionals live or make their living. For example, security professionals they are constantly looking at control as a good thing, because it means their organization is safe and they are mitigating risk. I was on that side for many years. Starting and becoming the department of “no, we can’t do that, it is too risky”. But as a recovering CISO, I began to see that moving to the cloud, while risky, is better than staying in a data center or building up controls that increase complexity and reduce agility.

Fear is not isolated to just Security professionals either. Applications or Data areas also have fear of the cloud. You may disagree with that statement, but I have seen it. They will fear the cloud if their applications or data services are going to move because that move creates instability, creates work, and requires testing, lots of testing. These are tasks nobody has time for and the business folks really dislike interruptions, outages or changes at 3am, so the outcome is that fear of the unknown settles in and creates a barrier to freedom.

Why do I say, freedom? Because that is what the cloud is, it is freedom. For someone who has lead Infrastructure and Security teams for many years, I have witnessed what cloud has done to those teams. They no longer worry about hard-drives, cpu, memory, routers, switches, power, storms, etc… All that has virtually (pun intended) gone away. Moving systems to the cloud has removed events and work that consumed way more than most people recognize. It creates a new beginning, where you build with security first. Think about that, cloud technologies were built with security in mind (what a concept).

“As you grow in the cloud, control should come with you on your journey, that is the way it should be”

Most other hardware, software systems were not built with security in mind and that is why you had to go find security people to make sure things were locked down, risk mitigated. Yea, you still do those things in the cloud, but with the flexibility, agility of cloud, you can build it faster and more secure.

So, if you are an IT leader and reluctant to move to the cloud, here is my advice. Identify why you are afraid, make a list, check it twice. You are going to find out the reasons are real for sure, but it boils down, again to control. Funny thing is that you can build out control in the cloud even better than on premise, old school data center things. As you grow in the cloud, control should come with you on your journey, that is the way it should be. There are great governance tools and ways to ensure control, so that even if you are afraid, you can move forward to freedom. Come join the freedom party! Cloud it up!

Unlocking the Value of Connected Cars

Comprehensible Distribution of Training and Information...

The Current Focus is On Comprehensive Solutions

Big Data Analytics and Its Impact on the Supply Chain

Carmax, the Automobile Business with IT at the Core

The CIO's role in rethinking the scope of EPM for...

Transformative Impact On The IT Landscape

Get Ready for an IT Renaissance: Brought to You by Big...

Technology to Leverage and Enable

Speed is the Name of the Game

Rewriting The Rules On Global Payments With Localized Payment Methods

Marketing & Sales Technology In B2b –An Overlooked Accelerator For...

However, if you would like to share the information in this article, you may use the link below: